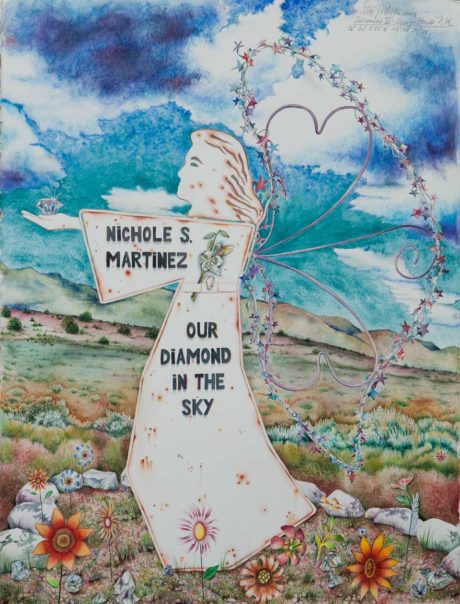 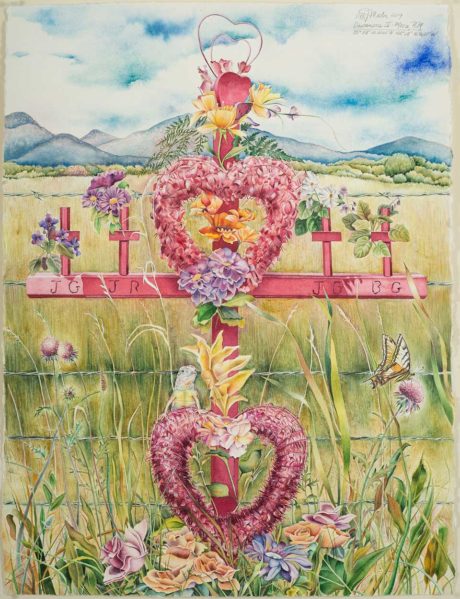 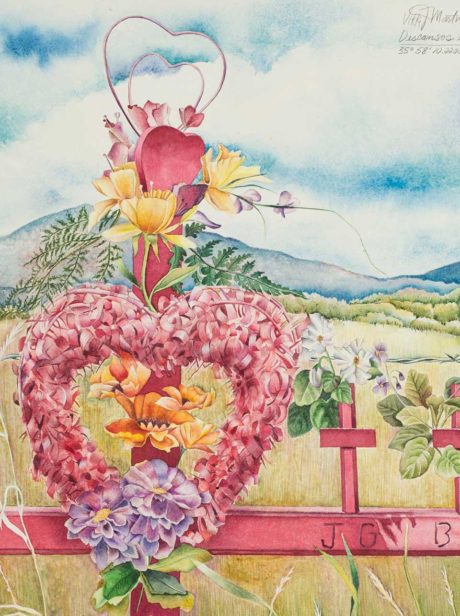 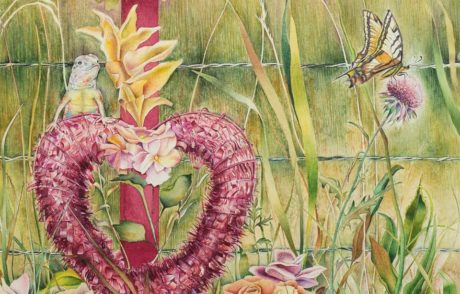 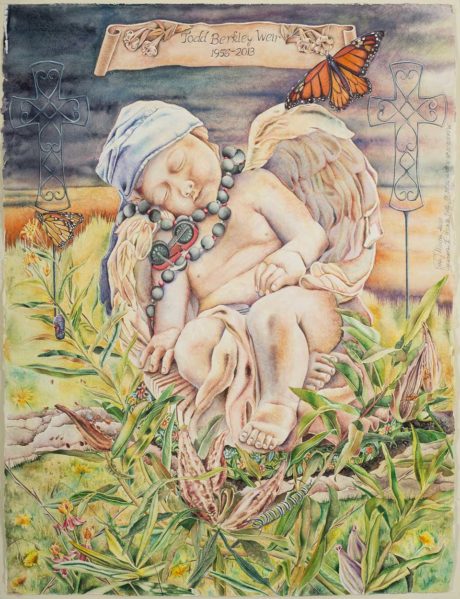 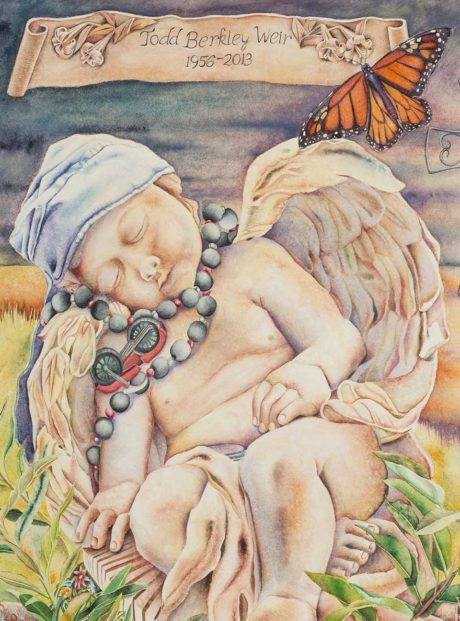 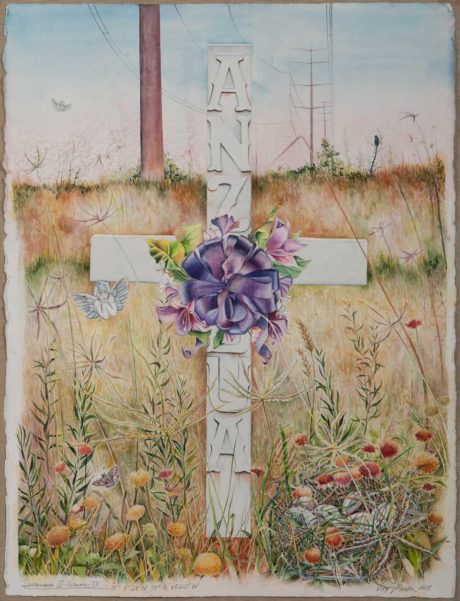 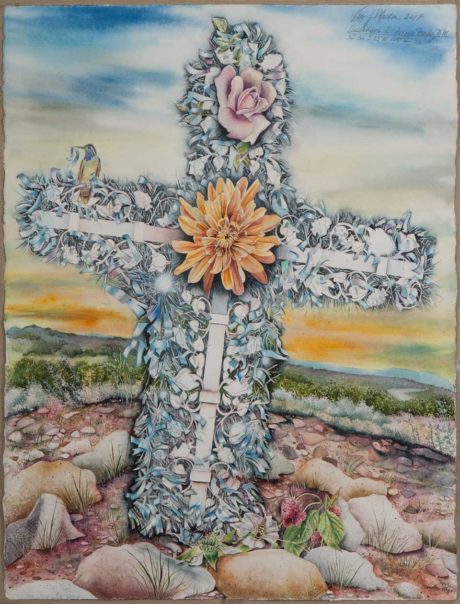 My “Descansos Series” is a suite of watercolors that evolved from a 2016 road trip taken from Dallas, Texas to Taos, New Mexico where I documented highway shrines.  Descanso means “to rest” in Spanish.  A descanso is a roadside memorial.  It is a marker usually commemorating a site where a person died suddenly or unexpectedly away from home.  A descanso marks the last place on earth a person is alive.

I found these shrines fascinating as many were quite unique and included either personal objects owned by or representing the deceased.  As I left Texas and traveled into New Mexico, I noticed that as the Hispanic culture became more predominate, the markers became larger and much more elaborate.  There were many that involved creativity, skill, and time-intensive labor.  Some were heartbreakingly poignant, while others were celebratory.  Some included the name of the deceased, while others were left anonymous.

Documenting these locations through photography and pin-pointing their exact locations using GPS, I brought these sites to life in my studio.  I combined realism with surrealistic details and also included the topographic flora and fauna of the area represented.  At some locations I was able to find obituaries, or newspaper articles about the deceased, and this has informed these works as well.