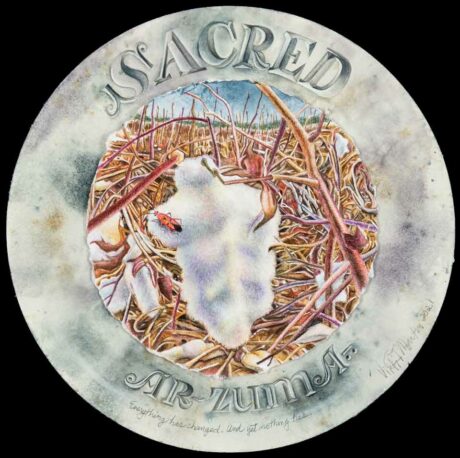 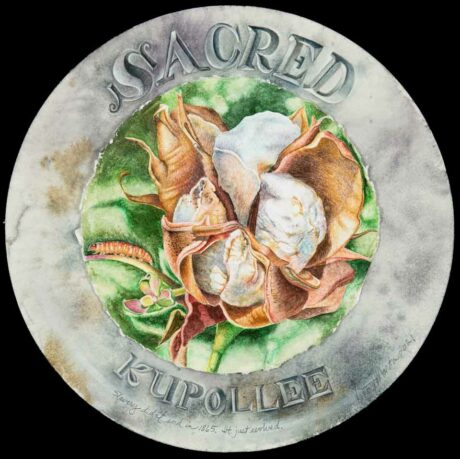 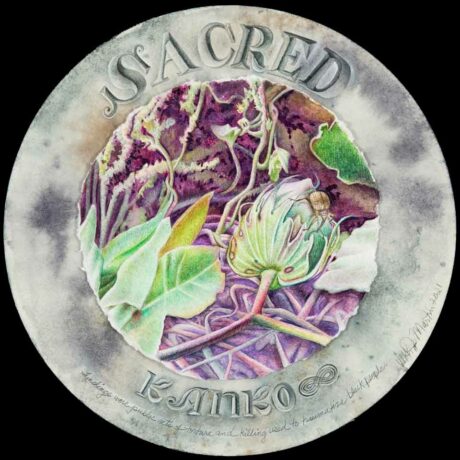 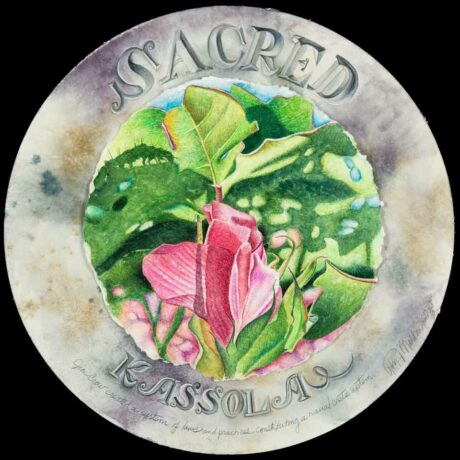 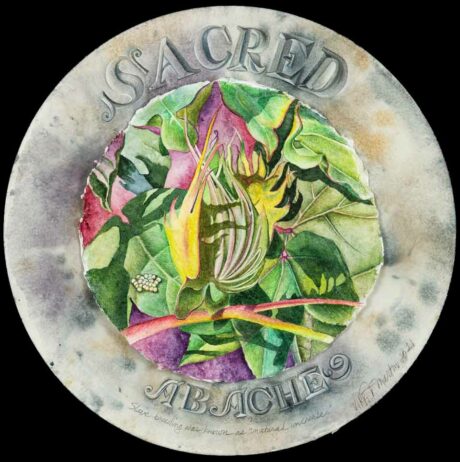 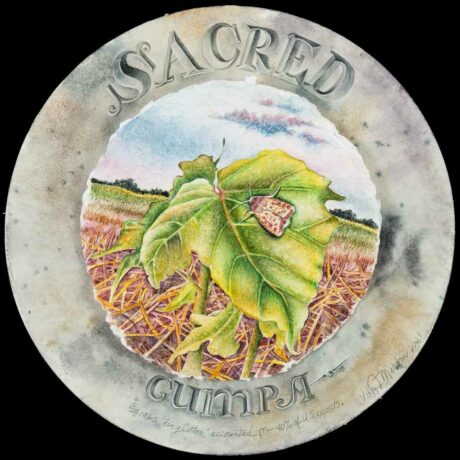 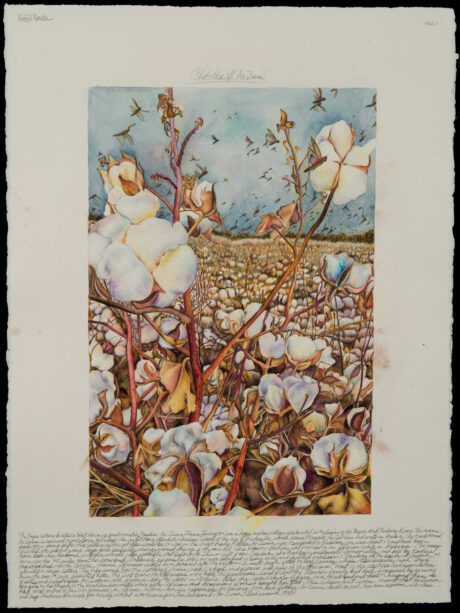 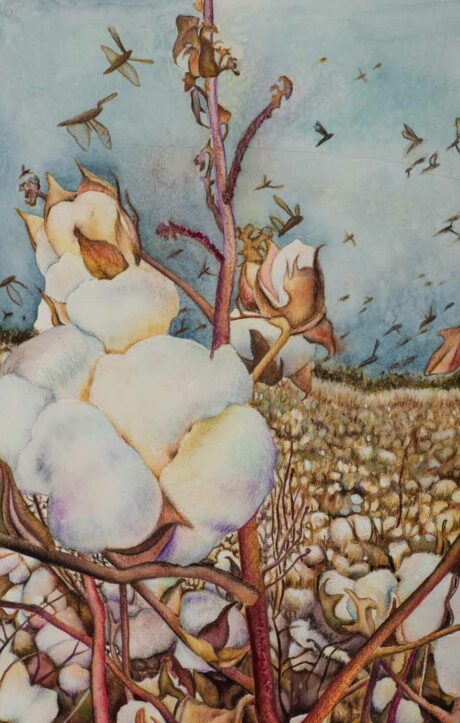 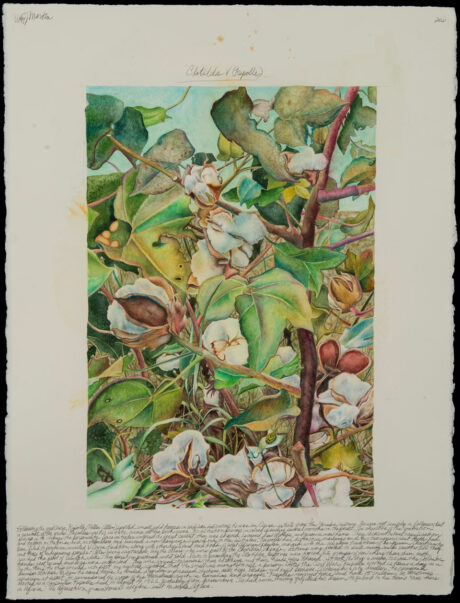 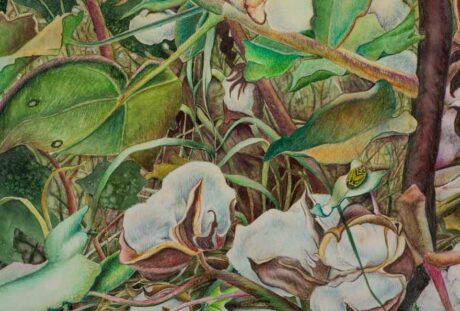 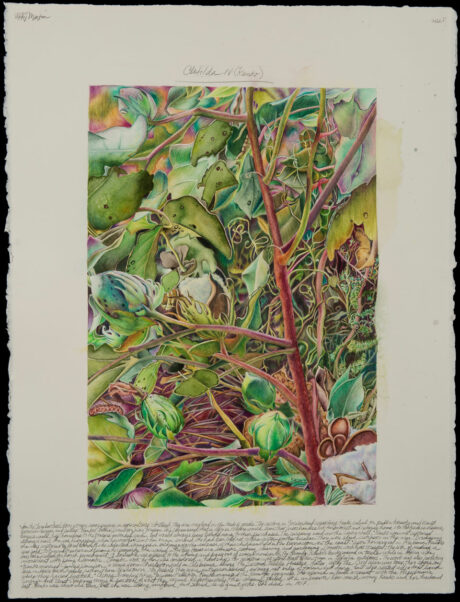 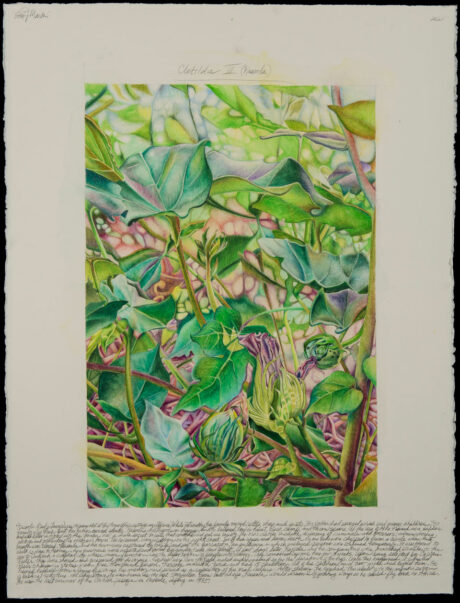 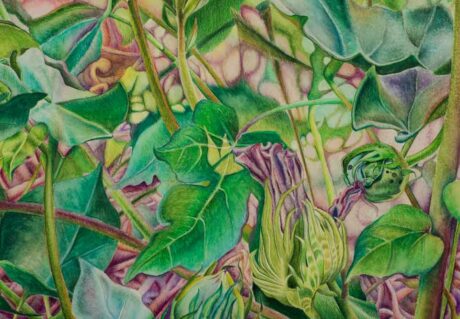 The (12) completed paintings in this series represent a body of work I have entitled Clotilda Series and Clotilda Sacred Series.  They document the life cycle of the cotton plant and simultaneously serve as a vehicle for memorializing enslaved people while raising questions to engage viewers in deeper conversations regarding racial peace and justice.

In 2018 and 2019 I travelled to several Southern states to learn more about the Civil Rights movement.   During one of these trips, I became aware of the incredible story of the schooner Clotilda.  On the eve of the Civil War, 52 years after the United States government banned the trans-Atlantic slave trade, the Clotilda was the last slave ship to illegally transport slaves from Africa to the South.  Running a Federal coastal blockade, the Clotilda docked in Mobile, Alabama on July 8, 1860, with a human cargo of 110 enslaved persons.

These persons endured slavery for five years before being freed after the Civil War.  Once emancipated, they sought to pool their money and return to Africa, but finding this impossible, they founded their own township, which they called Africatown, outside of Mobile.  Here, they sought to maintain their African customs and culture.  Africatown remains an active community.  Many of its residents are direct descendants of the original 110.

With a personal commitment to social justice, I had no idea that when I began these works in February 2020 our world would be gripped by a global pandemic that would shine an ugly light on the racial disparities in our country and the world.  Started just prior to the country-wide lockdown, no one expected to be forced to confront these blatant inequities until the May police killing of George Floyd opened a wound that had been festering for decades.  Suddenly, I realized that the paintings I was working on were timely, relevant, and became my attempt to acknowledge our dark history while making an attempt toward reconciliation.

My series of paintings not only record the seasonal growth process of cotton, but also memorializes six of the 110 persons – Gumpa, Abache, Kassolla, Kanko, Kupollee, and Ar-Zuma – who were part of the Clotilda voyage.   I chose these six individuals because their lives have been partially documented in the historical record.  Unfortunately, for most of the others, specific information is scant.  The remarkable people who were part of the Clotilda voyage, endured slavery and struggled to survive in a foreign and hostile land.

The Clotilda Series and Clotilda Sacred Series of paintings serve as my way of remembering and honoring the victims of slavery.  I hope to raise questions that will engage viewers in deeper conversations regarding mass incarceration, racial reconciliation, and justice in our country today.

I am excited about the possibility of engaging viewers in a dialogue about social justice.